Home Health sick grandmother saved by her 11 year-old grandson, drives her to the hospital in a Benz (video)
HealthLIFE STYLE

sick grandmother saved by her 11 year-old grandson, drives her to the hospital in a Benz (video)

sick grandmother saved by her 11 year-old grandson, drives her to the hospital in a Benz (video)

An 11-year-old boy has become a hot topic after saving his sick grandmother and driving her to the hospital in a Mercedes Benz in Indianapolis, USA. 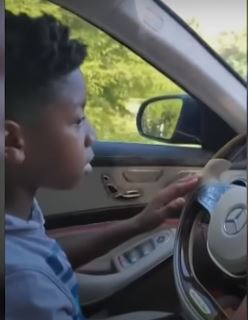 PJ Brewer-Laye took the brave step expected of an adult after his grandmother, Angela started feeling dizzy, weak and unable to see clearly, with no one else around to help her. 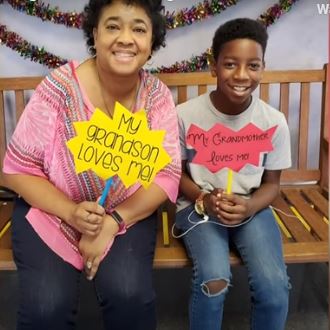 According to the New York Post, when the elderly woman was ill, she leaned against the stop sign on a road and her grandson who was driving his go-kart at the time saw her and came to her rescue.

“I was leaning against the stop sign, and all of a sudden, I look to my right, and I see my car, my Mercedes-Benz coming towards me. Just in an easy, calm manner, it was coming towards me. I looked in the car. It was PJ,” Angela recalled.

The senior citizen commended her grand son’s driving skills saying he had become a “pro” within a short period of time.

“This child is only 11 years old and drives like a pro. He always rides either his four-wheeler, go-kart or his dirt bike while I’m trying to get a little exercise in,”

The grandma said her grandchild who is close to becoming a teenager after turning 12 was calm and collected during the whole period.

“He pulled in the driveway, in the garage, and helped me out the car. He’s an extra special little boy and he doesn’t ask for anything in return,” the grandma said.

It was discovered that he learnt how to drive by periodically reversing and parking vehicles in the garage.

TrikyTee emerges as Head of House for this week; chooses Laycon as his DHoH #1

first photos of Erica after her disqualification #1

Woman’s skull caves in after chair falls on...