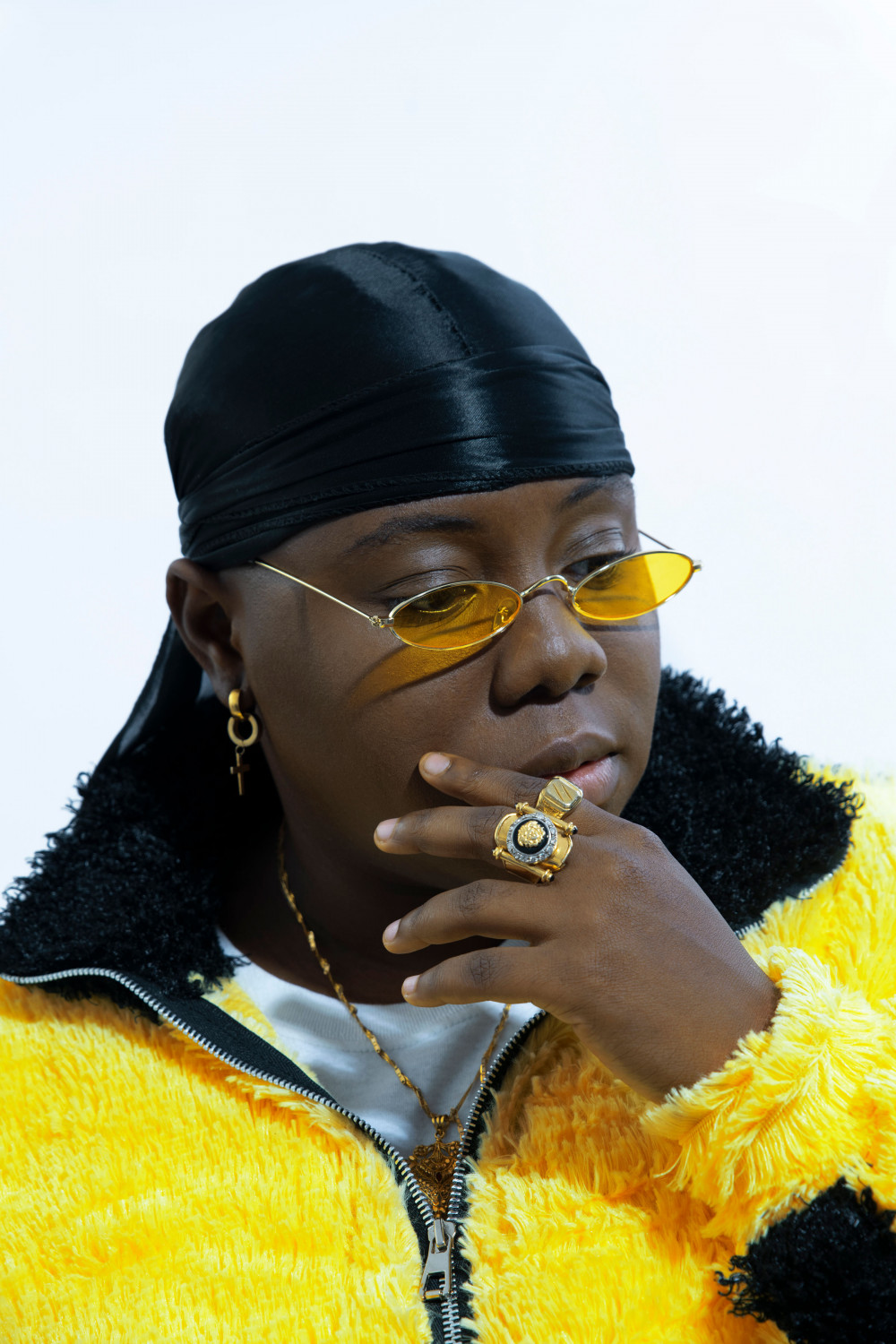 In the video the entertainer is seen praying for Laycon and tagged the disqualified housemate Erica, “omo igbo”.

Although the video is an old video many Nigerians now seem to have taken offence with her statement, as they recently took to Twitter to call her out. 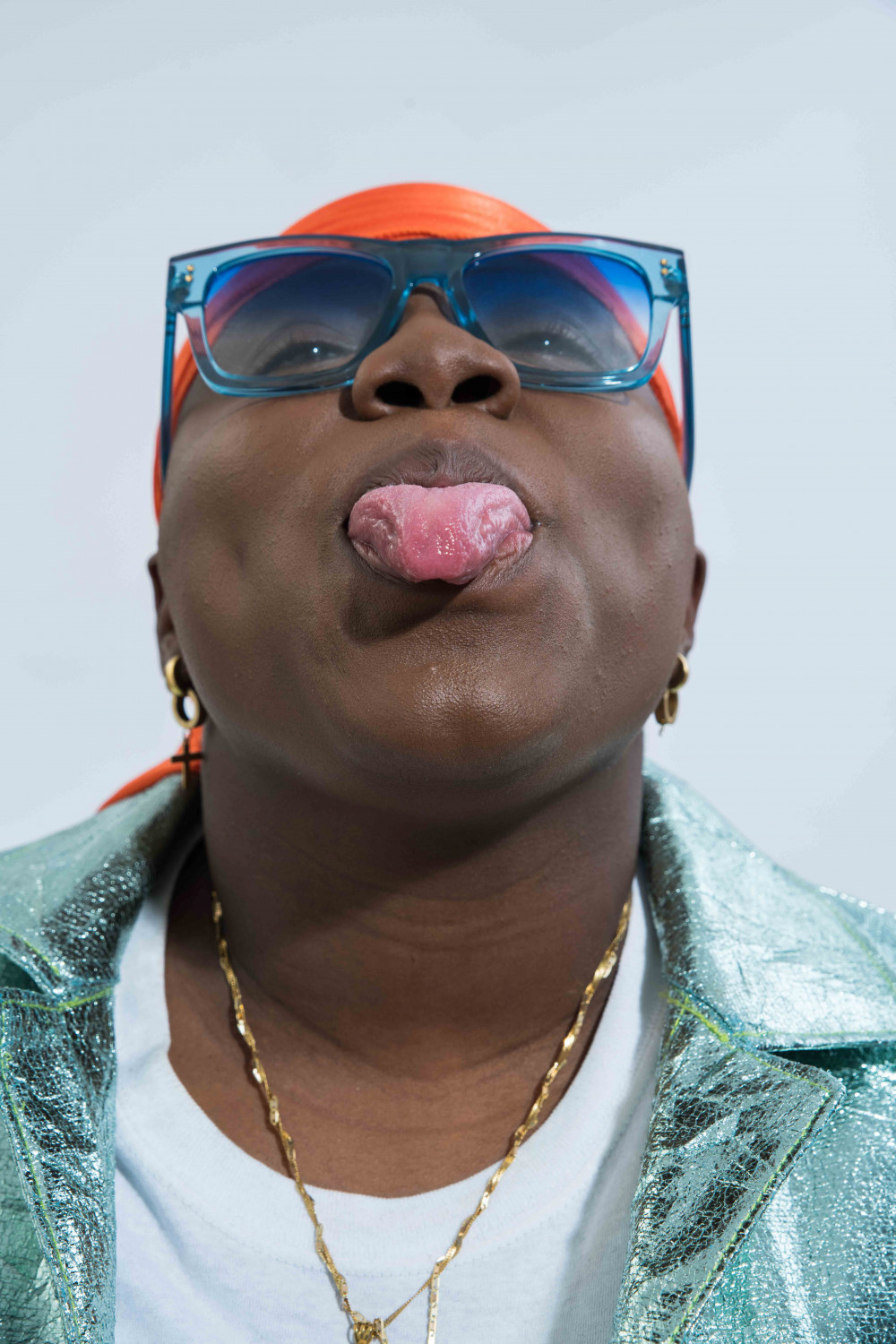 A Twitter user @AfamDeluxo accused the singer of turning the reality show to a tribal event.

“One of the people that turned this year’s #Bbnaija into a tribal event is @TeniEntertainer. She was praying for Laycon and referred to Erica as “Omo Igbo”. Imagine if it was an Igbo artist that referred Laycon as “Onye ofe mmanụ” 😊😊😊😊”.

@Zuriks1010wrote, “Let’s call a spade a spade, Omo Ibo is derogatory, separative, isolating. We can’t pretend it’s all nice when the context of use is always in such times. ‘Aboki’ is a nice word but we all know the context we use it in. Same as onye ofe mmanu”

He wrote, “In this bbn case, it’s tribalism to call Erica omo igbo, they came to bbn as Nigerian.”

@its_wendyyyy urged people to call an individual by the name and not their tribe, adding that “omo igbo” is derogatory.

“Omo igbo is derogatory, you’re not igbo so you obviously wouldn’t know that, Regardless of what it means, it was always used in a derogatory manner.call people by their names”.

However, several other Nigerians supported the singer, claiming there’s nothing wrong with Erica being referred to as “omo Igbo”.

“I won’t even lie, Eastern Nigerians have the most derogatory name for other tribes but they cry wolf the most. You complain about ”omo Igbo” which literally means an Igbo child but in the east, they call Hausa people the same name they call cows. ”Nama” which even means meat”.

@drip_jules tweeed, “Everyday in 9ja, we call each other names like; e.g, omo igbo, yoruba boy, aboki, even any girl named kafayat is automatically an Alhaja. So because Teni said “omo igbo” now una wan rush am because na celeb. Go and fight iya biliki calling you omo igbo in your street! #BBNaijia”. 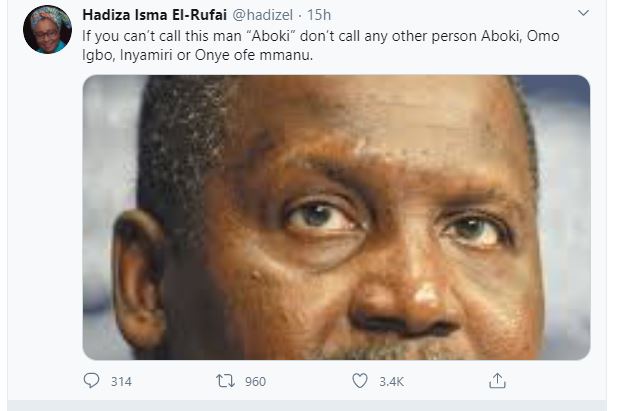 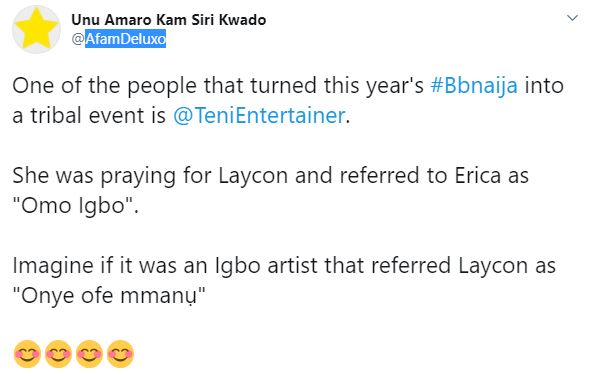 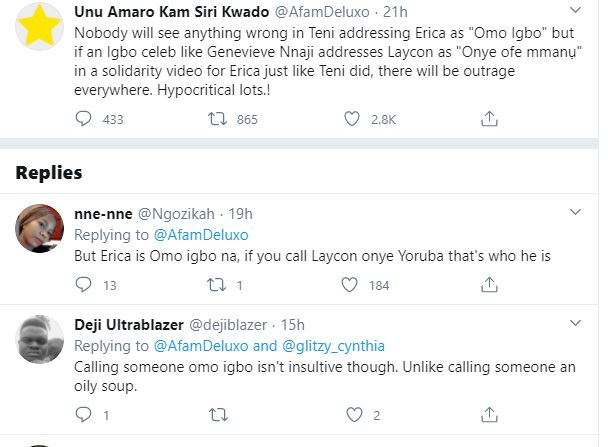