Super Eagles and Leicester City midfielder, Wilfred Ndidi, has emotionally dedicated his trophy winning season to his Daughter, who is marking her birthday today. 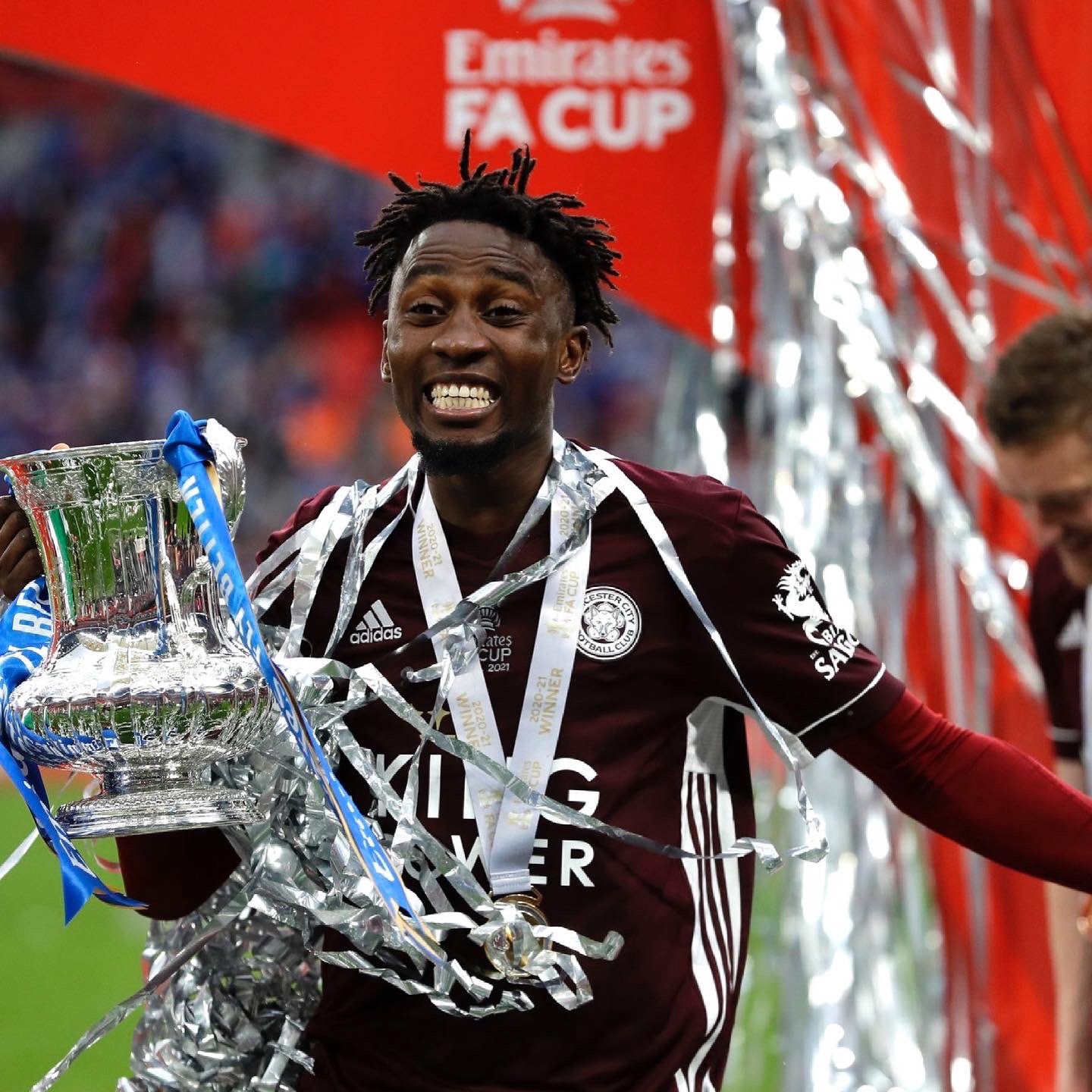 HE shared photos of himself with the trophy and wrote ;

ALSO READ:- LOOKING FOR WAY TO MAKE MONEY AS A FREELANCER CLICK HERE

Perfect birthday gift for my daughter 😭❤️
What a feeling having to see the fans again
Thank you everyone 🦊💙 pic.twitter.com/rXMmGqPQfC

Ndidi and compatriot, Kelechi Iheanachọ joined the long list of Nigerians who have won the prestigious English FA Cup, after Leicester City shocked favourites Chelsea in Saturday’s final at Wembley stadium on Saturday.

According to CompleteSports, it was Leicester’s first-ever FA Cup title after losing in four previous finals.

Ndidi and Iheanachọ were in the starting eleven for Leicester with the former playing for 90 minutes while the later was replaced on 67 minutes. Leicester City are now the 44th different side to win the FA Cup, and the first first-time winners of the competition since Wigan Athletic in 2013.

What do you think?

Browse and manage your votes from your Member Profile Page

Disclaimer: Every OMEZAHBLOG member is solely responsible for anything that he/she posts or uploads on OMEZAHBLOG .